The wide path that stretches down the western edge of Hyde Park and Kensington Gardens is usually buzzing with tourists and crowds of young Londoners, but this summer it is quiet. Just a distant hum of traffic and the sound of leaves rustling in the wind, cyclists whirring quietly by and a trickle of runners and walkers.

This is the snazzy side of the park because of its over 300-year-old Royal residence, Kensington Palace, the London home of the Duke and Duchess of Cambridge. A statue of Queen Victoria (who was born here) faces Round Pond, where hundreds of birds chatter and chirp to each other, bobbing down for fish or flapping about looking for crumbs.

Diana, Princess of Wales lived here for 15 years. I was visiting a few days before the 23rd anniversary of her death in a car crash in Paris, on 31 August 1997. When she died, crowds of people went to the palace gates and wept, amid a harrowing outpouring of national grief. But, despite the horrors of what happened then and the dark days that followed, the kind, playful spirit of the ‘people’s princess’ is still very much alive in this place.

The most impressive tribute to her is the Diana Memorial Fountain – but it’s not the traditional vertical type, in fact it’s almost flat. Water gently flows around a large curvy ring made from big slabs of pale Cornish granite, splashing and swirling as it makes its way under the mini bridges and into a shallow pool at the bottom. This is a wide open, peaceful place, bright and calm with lots of grass. Usually children play here and paddle in the cold water, although it’s been temporarily switched off because of the pandemic.

Hyde Park and Kensington Gardens is one of the greatest city parks in the world. It’s full of memorials, statues, art installations, fountains and plaques laden with historical references and symbolism, all somehow joined together by an elaborate web of paths. There are two art galleries and a lake, the Serpentine, where you can hire boats and pedalos in the summer. Speaker’s Corner – London’s beacon of free speech and public debate – is an eye and earful to behold on Sunday mornings.

I sat outside the Serpentine Lido Café for a while, listening to all the accents of the other people milling about, and the clinks of crockery blended with birdsong. An elderly woman in a heavy coat, leaning on two full-length rolled-up umbrellas, tap-tapped her way over to the edge of the lake, just on the other side of a raised flowerbed filled with lavender and grasses. It was a showery afternoon and fat raindrops started to plop down just as the buzzer went off telling me my lunch was ready, so I went inside and tucked into a box of rosemary salted fries and a soft halloumi wrap filled with quinoa, cucumber, pomegranate seeds and herbs.

In the Peter Pan themed Diana Memorial Playground, there is a giant pirate’s ship surrounded by sand, a sensory trail, and areas for children of all ages and abilities to play in.

The Princess Diana White Garden at Kensington Palace was opened in 2017, in the Sunken Garden that she loved to spend time in. A new statue of her, created by artist Ian Rank-Broadley, will be unveiled there on 1 July 2021, on what would have been her 60th birthday. It was commissioned by her sons, Princes William and Harry, who said they hoped it would help visitors to “reflect on her life and her legacy”.

The best way to see the park is on foot, zig-zagging across to make sure you don’t miss anything. Hiring a bike makes things quicker, although you’ll need to stick to the cycle paths. The nearest tube stations are Queensway, Lancaster Gate and Marble Arch on the north side (Central Line), and Knightsbridge and Hyde Park Corner on the south side (Piccadilly Line). 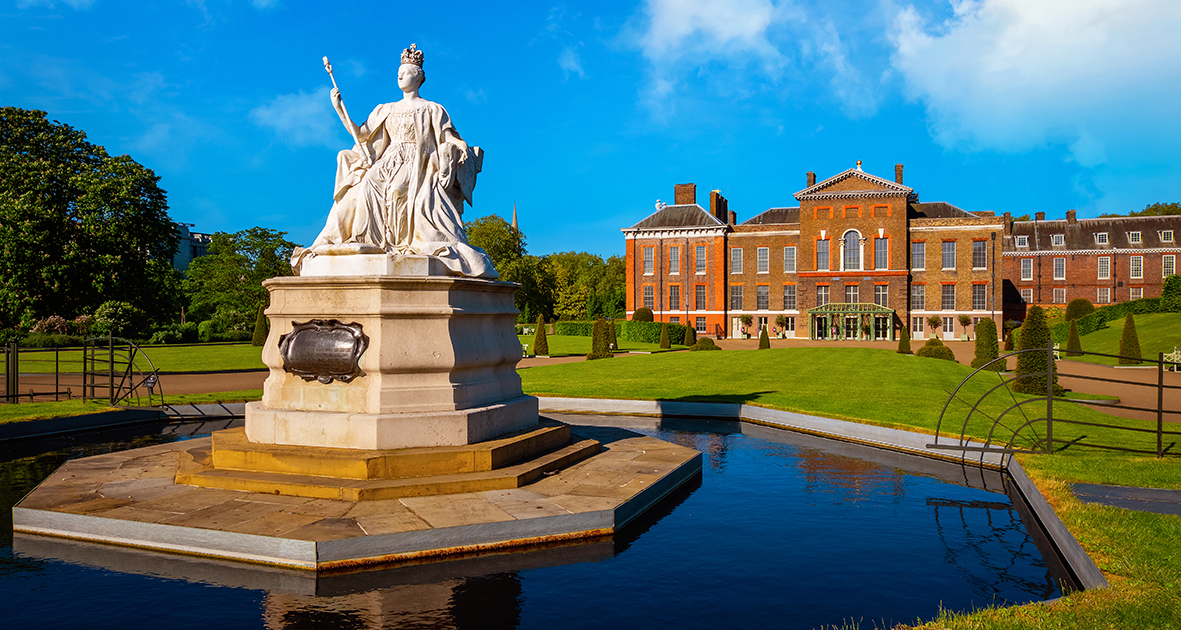