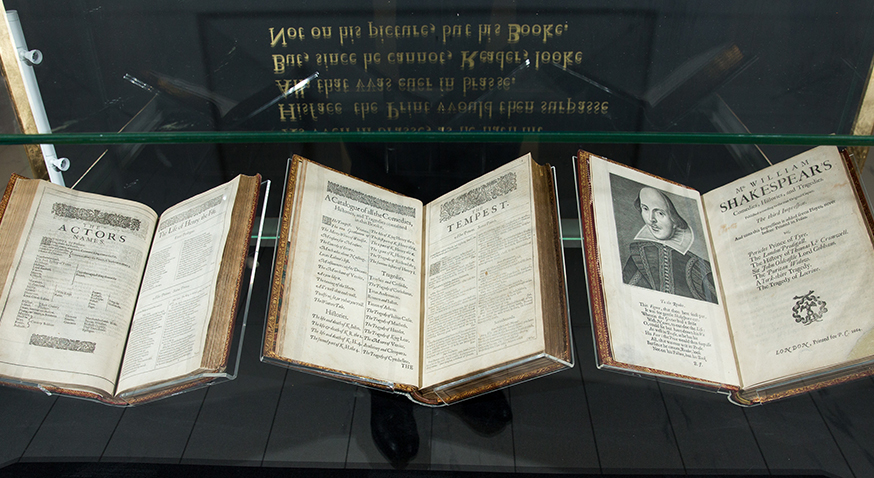 Every book published in the UK and Ireland is deposited, catalogued and archived by the British Library at St Pancras in London. So, having just self-published my own book, I decided to go there and have a look around.

The British Library receives around three million new books every year, along with a huge number of newspapers, maps, scripts, databases, music recordings, drawings, films, digital content, magazines, and all sorts of other tasty fruits picked from our fast-growing cultural and historical landscape. Most of its stockpile is filed neatly away in a massive storage facility in Yorkshire — items are retrieved on request by a team of robots and a daily shuttle service operates between the two sites, so that researchers and students have access to whatever they need.

While I was there, I wandered through a free exhibition called Treasures of the British Library, a curated collection of a few of the most significant artefacts from the archives. There were hand-written manuscripts by Jane Austen and Charles Dickens, and the scribbled symphonies of Mozart and Beethoven. A rare copy of Shakespeare’s First Folio (the ultimate labour of love) sat a couple of display cabinets away from an original copy of the King James Bible of 1611 (still the most widely published book in the English language). Original Beatles songs scribbled down in notebooks. Ancient Buddhist texts and maps from old India, art from Spain and Iran from many thousands of years ago, all intricately drawn or scribed or embroidered.

It was humbling and thrilling to see these seriously heavy-duty cultural icons in the flesh, and I left feeling rather insignificant, but happy nevertheless.