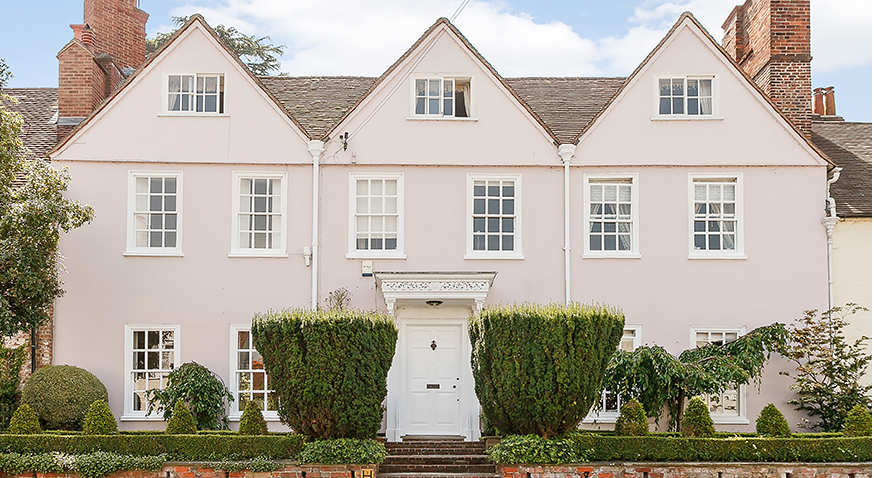 It is 1944 and mainland Europe is on its knees, ravaged by years of Nazi occupation and desperately waiting for liberation. Large numbers of American military personnel are over here, standing shoulder-to-shoulder with our British soldiers ready for battle, holed up in the woods as they await the orders that will send them to fight on the beaches of Normandy. Living and working unnoticed in a top-secret location – an Edwardian townhouse in a small Berkshire village – is the man responsible for giving those orders. US Army General and, later, US President, Dwight Eisenhower lived hidden behind the curtains of The Grove in Sonning, as he planned and supervised the D-Day landings and the invasion of France and Germany. Working closely with Winston Churchill, he figured out all the details of the operation, involving the clandestine, highly complex and large-scale mobilisation of air, sea and land forces. So, in short, Eisenhower lived here and quietly plotted the start of the end of World War II.

The Grove is a Grade II listed house dating back to the early 17th century, and is now on the market at a guide price of £1,950,000. The front façade is painted in the palest of pink and has three roof gables. Its notable interior features include well-proportioned rooms, high ceilings, feature fireplaces and traditional sash windows. The spacious L-shaped reception hall has a doorway that leads you straight out into the garden, and an oak staircase that takes you up to the first and second floors. The reception hall also has a staircase leading down to the cellar, which is almost 30 feet long. At the front of the house, on the ground floor, there is a dual-aspect drawing room on the left and a sitting room on the right – both have two sets of window seats where you can sit and watch the world go by. The drawing room has an oak floor, window shutters, subtly decorative wallpaper and a marble fireplace. The carpeted sitting room is lined with pine wood panelling and a fireplace with a carved wooden surround.

The dining room has limestone flooring and leads into the large kitchen / breakfast room, which extends into the garden and is single storey. There is also a utility room in the corner. The contemporary kitchen / breakfast room has hand-painted Newcastle kitchen units, a Bosch oven and hob, a four-oven gas-fired Aga, a built-in fridge-freezer and a Neff dishwasher. I can imagine the mighty Eisenhower sitting here behind blacked-out windows, with a cup of tea and a bowl of hot porridge in his hands, as he plots his great conquest across the Channel. French windows in the kitchen / breakfast room open on to the pretty back garden, where there is a paved terrace and a path that runs alongside a large lawn.

The back of the house looks different from the front – the façade is brick and bedecked with climbing roses and wisteria, and tall brick chimneys point up to the sky. The lawn is edged with brick borders and flower beds dense with plants and bushes, and a selection of trees including olive, yew and cherry. There is a greenhouse in the back garden, a covered log store and a summer house with power and light installed. The double garage also has power and light, and there is loft storage space above it.

On the first floor at The Grove there are three bedrooms with a family shower room over the dining room, and an en suite bathroom with an Aqualisa shower in the dual-aspect master bedroom. Up on the second floor there are three more rooms with front windows in the distinctive pointed roof gables. There are two bedrooms, one on the left and one on the right, and one en suite bathroom. In the middle there is an additional room at the top of the stairs, which could either be used as a family / sitting room, or possibly as an office or a sixth bedroom.

The Grove is a charming period home on Pearson Road in the heart of Sonning, with a long and interesting history. It is situated close to the dinner-theatre venue The Mill at Sonning, and all the cafes and restaurants in the village, and is within easy reach of good local schools and transport links.

For more information about this property or to arrange a viewing, please contact Savills on (01491) 843000.